How to Heal Chronic Wounds with “Smart” Bandages 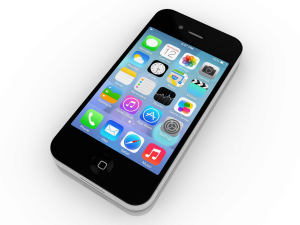 Some medical conditions, like diabetes or limb amputation, have the potential to result in wounds that never heal, affecting patients for the rest of their lives. Though normal wound-healing processes are relatively understood by medical professionals, the complications that can lead to chronic non-healing wounds are often varied and complex, creating a gap in successful treatments. But biomedical engineering faculty from the University of Connecticut want to change that.

Ali Tamayol, Ph.D., an Associate Professor in UConn’s Biomedical Engineering Department, developed what he’s calling a “smart” bandage in collaboration with researchers from the University of Nebraska-Lincoln and Harvard Medical School. The bandage, paired with a smartphone platform, has the ability to deliver medications to the wound via wirelessly controlled mini needles. The minimally invasive device thus allows doctors to control medication dosages for wounds without the patient even having to come in for an appointment. Early tests of the device on mice showed success in wound-healing processes, and Tamayol hopes that soon, the technology will be able to do the same for humans.

Heart disease is by far one of the most common medical conditions in the world, and has a high risk of morbidity. While some efforts in tissue engineering have sought to resolve cardiac tissue damage, they often require the use of existing heart cells, which can introduce a variety of complications to its integration into the human body. So, a group of bioengineers at Trinity College in Dublin sought to eliminate the need for cells by creating a patch that mimics both the mechanical and electrical properties of cardiac tissue.

Using thermoelastic polymers, the engineers, led by Ussher Assistant Professor in Biomedical Engineering Michael Monaghan, Ph.D., created a patch that could withstand multiple rounds of stretching and exhibited elasticity: two of the biggest challenges in designing synthetic cardiac tissues. With the desired mechanical properties working, the team then coated the patches with an electroconductive polymer that would allow for the necessary electrical signaling of cardiac tissue without decreasing cell compatibility in the patch. So far, the patch has demonstrated success in both mechanical and electrical behaviors in ex vivo models, suggesting promise that it might be able to work in the human body, too.

While successful tissue engineering innovations often hold tremendous promise for advances in personalized medicine and regeneration, creating the right scaffold for cells to grow on either before or after implantation into the body can be tricky. One common approach is to use 3-D printers to extrude scaffolds into customizable shapes. But the problem is that not all scaffold materials that are best for the body will hold up their structure in the 3-D printing process.

A team of biomedical engineers at Rutgers University led by Chair of Biomedical Engineering David I. Schreiber, Ph.D., hopes to apply the use of hyaluronic acid — a common natural molecule throughout the human body — in conjunction with polyethylene glycol to create a gel-like scaffold. The hope is that the polyethylene glycol will improve the scaffold’s durability, as using hyaluronic acid alone creates a substance that is often too weak for tissue engineering use. Envisioning this gel-like scaffold as a sort of ink cartridge, the engineers hope that they can create a platform that’s customizable for a variety of different cells that require different mechanical properties to survive. Notably, this new approach can specifically control both the stiffness and the ligands of the scaffold, tailoring it to a number of tissue engineering applications.

Understanding the workings of the human brain is no small feat, and neuroscience still has a long way to go. While recent technology in brain probes and imaging allows for better understanding of the organ than ever before, that technology often requires immense amounts of wires and stationary attachments, limiting the scope of brain activity that can be studied. The answer to this problem? Figure out a way to implant a portable probe into the brain to monitor its everyday signaling pathways.

That’s exactly what researchers from the University of Arizona, George Washington University, and Northwestern University set out to do. Together, they created a small, wireless, and battery-free device that can monitor brain activity by using light. The light-sensing works by first tinting some neurons with a dye that can change its brightness according to neuronal activity levels. Instead of using a battery, the device relies on energy from oscillating magnetic fields that it can pick up with a miniature antenna. Led in part by the University of Arizona’s Gutruf Lab, the new device holds promise for better understanding how complex brain conditions like Alzheimer’s and Parkinson’s might work, as well as what the mechanisms of some mental health conditions look like, too.

Each year, the National Academy of Engineering (NAE) elects new members in what is considered one of the highest professional honors in engineering. This year, NAE elected 87 new members and 18 international members, including a former Penn faculty member and alumna Susan S. Margulies, Ph.D. Now a professor of Biomedical Engineering at Georgia Tech and Emory University, Margulies was recognized by the NAE for her contributions to “elaborating the traumatic injury thresholds of brain and lung in terms of structure-function mechanisms.” Congratulations, Dr. Margulies!

Nimmi Ramanujam, Ph.D., a Distinguished Professor of Bioengineering at Duke University, was recently announced as having one of the highest-scoring proposals for the MacArthur Foundation’s 100&Change competition for her proposal “Women-Inspired Strategies for Health (WISH): A Revolution Against Cervical Cancer.” Dr. Ramanujam’s proposal, which will enter the next round of competition for the grant, focuses on closing the cervical cancer inequity gap by creating a new model of women-centered healthcare.