Two news stories this week detailed how bioengineering and biomedical engineering are transforming how human organ systems could be better manipulated for positive effects on health. 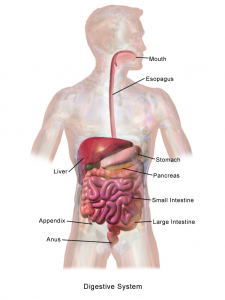 One of the critical organ transplant shortages  in medicine is the gap between patients needing a liver transplant (around 13,000 each year) and the those receiving a transplant (about 7,000). For many years, bioengineers tried to build liver tissue in sophisticated 2D and 3D structures. Yet we never really knew how nature ‘interpreted’ these structures. A research team at Cincinnati Children’s Hospital led by Takanori Takebe, MD, reported in Nature that mimicking the 3D shape of the liver was a critical part of making engineered organoids of liver show the same behavior as liver tissue in vivo. These findings show just how important form is for function in nature, bringing us a step closer to alleviating the pressure on organ transplants lists by providing engineering organs.

Not all organs need completely reconstructed replacements. Another critical target organ in the tissue engineering field is the pancreas, which is critical in regulating insulin release.  The nationwide increase in diabetes is only placing more emphasis on finding technologies to augment pancreatic function. Engineers at Duke report in Nature Biomedical Engineering that they could control glucose levels for over a week with a single injection of a new compound they synthesized in the lab.  Rather than many daily injections of insulin for controlling glucose levels in diabetics, this could lead to far less frequent injection.

We hear quite a bit about Big Data nowadays. This captures a very large field that includes methods to analyze bits of data reliably and quickly to establish patterns (i.e., machine learning) that can help us uncover very new and interesting relationships. Nearly all of this work focuses on narrow data streams, which means the data are largely linked to each other within a category. One example of a narrow data stream is the collection of different types of imaging scans (CT, MRI, PET) from the same patient, collated and compared to better establish how different areas of the brain function. Another example of a narrow data stream is the data contained in a patient’s electronic health record, where it includes facts from the patient’s visits with their physician and specialists.

One interesting thread that is emerging in Big Data is when one starts to cross narrow data streams and create ‘data fabric.’  This means that scientists and engineers are cross-correlating data that seem incompatible with each other, yet they are proving amazingly predictive.  One recent example is when we cross the analysis of speech — one of the earliest machine learning applications — with genetic screening data from patients. Remarkably, scientists at the University of Wisconsin-Madison developed an automated screening system that could analyze audio recordings and determine with 81% accuracy whether the speaker had Fragile X syndrome, a genetic disorder that can have a range of cognitive effects, indicated by genetic screening data. Creating these types of data fabrics could be very powerful in the future because it can use a relatively easy and accessible technology (speech recognition) as an early indicator for more through disease confirmation (genetic testing) and subsequent intervention.

Similarly, these data fabrics are allowing us to reduce our own variability in diagnosing diseases. Penn BE alum Anant Madabhushi developed an algorithm at Case Western Reserve University that was 100% accurate at identifying breast cancer by scanning mammograms, exceeding human performance. Technologies such as these that eliminate the possibility of human error could greatly decrease the rates of delayed or faulty diagnosis. Replacing physicians with computers ? I don’t think so. We all need the human touch, especially when it comes to finding out why we are sick. Capturing errors that humans make? I think so.

Speaking of Penn alumni, Craig Simmons, Ph.D., who was a postdoctoral fellow in the lab of Penn BE secondary faculty member Peter F. Davies, has been named the interim director of the Institute of Biomaterials & Biomedical Engineering at the University of Toronto. His appointment begins next week. Congratulations to Dr. Simmons!