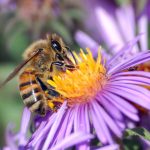 While artificial intelligence is becoming a bigger part of nearly every industry and increasingly present in everyday life, even the most impressive AI is no match for a toddler, chimpanzee, or even a honeybee when it comes to learning, creativity, abstract thinking or connecting cause and effect in ways they haven’t been explicitly programmed to recognize.

This discrepancy gets at one of the field’s fundamental questions: what does it mean to say an artificial system is “intelligent” in the first place?

Seventy years ago, Alan Turing famously proposed such a benchmark; a machine could be considered to have artificial intelligence if it could successfully fool a person into thinking it was a human as well. Now, many artificial systems could pass a “Turing Test” in certain limited domains, but none come close to imitating the holistic sense of intelligence we recognize in animals and people.

Understanding how AI might someday be more like this kind of biological intelligence — and developing new versions of the Turing Test with those principles in mind — is the goal of a new collaboration between researchers at the University of Pennsylvania, Carnegie Mellon University and Johns Hopkins University.

The project, called “From Biological Intelligence to Human Intelligence to Artificial General Intelligence,” is led by Konrad Kording, a Penn Integrates Knowledge Professor with appointments in the Departments of Bioengineering and Computer and Information Science in Penn Engineering and the Department of Neuroscience at Penn’s Perelman School of Medicine. Kording will collaborate with Timothy Verstynen of Carnegie Mellon University, as well Joshua T. Vogelstein and Leyla Isik, both of Johns Hopkins University, on the project.