The Brain in Focus 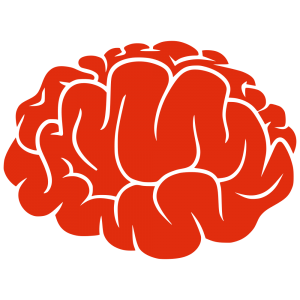 At Caltech, scientists are exploiting the information generated by body movements, determining how the brain codes these movements in the anterior intraparietal cortex — a part of the brain beneath the top of the skull. In a paper published in Neuron, Richard A. Andersen, James G. Boswell Professor of Neuroscience at Caltech, and his team tested how this region coded body side, body part, and cognitive strategy, i.e., intention to move vs. actual movement. They were able determine specific neuron groups activated by different movements. With this knowledge, more effective prosthetics for people experiencing limb paralysis or other kinds of neurodegenerative conditions could benefit enormously.

Elsewhere in brain science, findings of chronic traumatic encephalopathy in football players have raised significant controversy. Seeking to better understand head impact exposure in young football players, scientists from Wake Forest University led by biomedical engineer Joel D. Stitzel, fitted athletes with telemetric devices and collected four years of data and more than 40,000 impacts. They report in the Journal of Neurotrauma that, while all players experienced more high magnitude impacts during games compared to practices, younger football players experienced a greater number of such impacts during practices than the other groups, and older players experienced a greater number during actual games. The authors believe their data could contribute to better decision-making in the prevention of football-related head injuries.

Up in Canada, a pair of McGill University researchers in the Department of Neurology and Neurosurgery — Professor Christopher Pack and Dave Liu, a grad student in Dr. Pack’s lab — found that neuroplasticity might apply to more parts of the brain than previously thought. They report in Neuron that the middle temporal area of the brain, which contributes to motion discrimination and can be inactivated by certain drugs, could become relatively impervious to such inactivation if pretrained. Their findings could have impacts on both prevention of and cures for certain types of brain injury.

The Virtues of Shellfish

If you’ve ever had a diagnostic test performed at the doctor’s office, you’ve had your specimen submitted to bioassay, a test in which living cells or tissue is used to test the sampled material. University of Washington bioengineer Xiaohu Gao and his colleagues used polydopamine, an enzyme occurring in shellfish, to increase the sensitivity of bioassays by orders of magnitude. As reported in Nature Biomedical Engineering, they tested the technology, called enzyme-accelerated signal enhancement (EASE), in HIV detection, finding that it was able to help bioassays identify the virus in tiny amounts. This advance could lead to earlier diagnosis of HIV, as well as other conditions.

Mussels are also contributing to the development of new bioadhesives. Julie Liu, associate professor of chemical engineering at Purdue, modeled an elastin-like polypeptide after a substance produced naturally by mussels, reporting her findings in Biomaterials. With slight materials, Dr. Liu and her colleagues produced a biomaterial with moderate adhesive strength that demonstrated the greatest strength yet among these materials when tested under water. The authors hope to develop a “smart” underwater adhesive for medical and other applications.

Discussions of alternative forms of energy have focused on the big picture, such as alleviating our dependence on fossil fuels with renewable forms of energy, like the sun and wind. On a much smaller level, however, engineers are finding smaller energy sources — specifically people.

Reporting in ACS Energy Letters, a research team led by Vanderbilt’s Cary Pint, assistant professor in the Department of Mechanical Engineering and head of Vanderbilt’s Nanomaterials and Energy Devices Laboratory Nanomaterials and Energy Devices Laboratory, designed a battery in the form of an ultrathin black phosphorous device that can generate electricity as it is bent. Dr. Pint describes the device in a video here. Although it can’t yet power an iPhone, the possibility isn’t far away.