Savan Patel, a junior studying Bioengineering and Finance in the Jerome Fisher Management and Technology dual degree program, was selected as the recipient of the 2022 C. William Hall Scholarship from the Society for Biomaterials. The C. William Hall Scholarship is named in honor of the Society for Biomaterials’ first president and is awarded annually “to a junior or senior undergraduate pursuing a bachelor’s degree in bioengineering or a related discipline focusing on biomaterials.” As this year’s recipient, Savan will receive complimentary membership to the Society and will have expenses paid to the Society’s annual meeting being held April 27-30, 2022 in Baltimore, Maryland.

Savan is currently a member of the lab of Michael J. Mitchell, Skirkanich Assistant Professor of Innovation in Bioengineering. Savan’s research interests lie in the interface of drug delivery and immunoengineering with a particular focus on T cell delivery. His current project involves the use of modified cholesterol molecules to improve the delivery of nucleic acids (i.e., mRNA) to cell populations using lipid nanoparticles.

Lipid nanoparticles (LNPs) are a clinically proven delivery platform for nucleic acid therapeutics. One drawback of these particles is their high cellular recycling rate. Savan and the members of the Mitchell lab are working to reduce this recycling by leveraging cellular processes and incorporating modified molecules into our lipid nanoparticle formulations. The focus of Savan’s project is on modifying cholesterol, a molecule that is important to both our LNP formulations and cell membranes. The goal is to generate a more potent delivery platform to improve current therapeutics.

Following graduation, Savan intends to pursue a Ph.D. in Bioengineering.

Michael Mitchell, Skirkanich Assistant Professor of Innovation in the Department of Bioengineering, has been awarded the 2022 Society for Biomaterials (SFB) Young Investigator Award for his “outstanding achievements in the field of biomaterials research.”

The Society for Biomaterials is a multidisciplinary society of academic, healthcare, governmental and business professionals dedicated to promoting advancements in all aspects of biomaterial science, education and professional standards to enhance human health and quality of life.

Mitchell, whose research lies at the interface of biomaterials science, drug delivery, and cellular and molecular bioengineering to fundamentally understand and therapeutically target biological barriers, is specifically being recognized for his development of the first nanoparticle RNAi therapy to treat multiple myeloma, an incurable hematologic cancer that colonizes in bone marrow.

“Before this, no one in the drug delivery field has developed an effective gene delivery system to target bone marrow,” said United States National Medal of Science recipient Robert S. Langer in Mitchell’s award citation. “Mike is a standout young investigator and leader that intimately understands the importance of research and collaboration at the interface of nanotechnology and medicine.”

Academic recipients of the SFB Young Investigator Award should not exceed the rank of Assistant Professor and must not be tenured at the time of nomination. The award includes a $1,000 endowment.

The Drug Delivery Special Interest Group will deal with the science and technology of controlled release of active agents from delivery systems. Controlled drug release is achieved by the use of diffusion, chemical reactions, dissolutions or osmosis, used either singly or in combination. While the vast majority of such delivery devices are based on polymers, controlled release can also be achieved by the use of mechanical pumps. In a broader sense, controlled release also involves control over the site of action of the active agent, using the active agent using pro-drugs, targetable water soluble polymers or various microparticulate systems. Relevant aspects of toxicology, bioavailability, pharmacokinetics, and biocompatibility are also included.

The Society for Biomaterials is an interdisciplinary organization comprised of academic, industry, health care, and governmental professionals dedicated to promoting advancements in all aspects of biomaterial science and engineering, education, and professional standards to enhance human health and quality of life. The Society for Biomaterials was established in 1974, and is the oldest scientific organization in the field of biomaterials.

Mitchell joined the Department of Bioengineering at Penn in 2018 as Skirkanich Assistant Professor of Innovation. Previously, he was an NIH Ruth L. Kirschstein Postdoctoral Fellow with Institute Professor Robert Langer at the Koch Institute for Integrative Cancer Research at MIT. His research interests include biomaterials, drug delivery, and cellular and molecular bioengineering for applications in cancer research, immunotherapy, and gene therapy. Since joining Penn in 2018, Mitchell has received the NIH Director’s New Innovator Award, the Burroughs Wellcome Fund Career Award at the Scientific Interface, a Rising Star Award from the Biomedical Engineering Society, and the T. Nagai Award from the Controlled Release Society.

Mitchell’s new role as the Chair of the SFB’s Drug Delivery Special Interest Group will allow him to lead conversations across academia on the future of drug delivery as it relates to biomaterials. With his fellow officers, Mitchell will help spread knowledge about the field of controlled drug release by hosting research forums, helping to publish news and activities of the SFB in Biomaterials Forum, and foster connections and mentorship among members of his and other Special Interest Groups. We can’t wait to see where Mitchell’s leadership will help take the community of research on areas like toxicology, pharmacokinetics, and biocompatibility next!

Penn has one of the most distinctive graduate programs in the country, and is proud to graduate the first Ph.D. in Bioengineering in the United States. With such a history, our alumni have succeeded as professors, entrepreneurs, policy leaders, and industry pioneers. One recent example of this Penn tradition  is leadership in national organizations.

Withing the field of biomaterials, the preeminent international organization is the Society for Biomaterials (SfB). Dedicated to the advancement of biomaterials science, the SfB was created more than four decades at nearly the same time the Bioengineering department was established at Penn. Many of our alumni are now part of the senior leadership in the SfB, including the following. 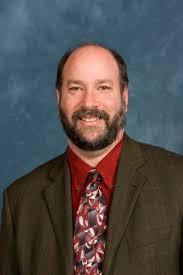 In fact, of the three officers elected this year, two were from Penn (Andrés and Helen).  We also have strong alumni representation across the various committees within the SfB. We extend our congratulations — with great pride — to our Penn family.