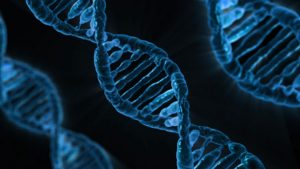 A recent article coauthored by Ramakrishnan Natesan, a postdoctoral fellow in the Department of Bioengineering who works in the lab of Dr. Ravi Radhakrishnan, and published in the Journal of Fluid Mechanics provides an elegant and rigorous approach to integrate the memory, errant motion, and adhesion effects in the dynamics of colloidal nanoparticles of different sizes and shapes. The method described in the article computationally analyzes how the hydrodynamic forces are influenced by size, shape, and nature of confining boundary amidst blood flow.

In traditional modes of therapeutic treatment, such as a direct intravenous (IV) injection, only a small fraction of injected drug accesses the diseased tissue. Suboptimal therapeutic delivery represents an acute challenge by limiting the efficacy of biotherapeutics. Strategies to address and overcome this challenge may be based on theoretical and computational approaches to in order to help design innovative, quantitative, experimental methods. Targeted therapeutic delivery using nanoparticles coated with specific targeting molecules is such an approach in therapeutic and diagnostic applications.

Targeted delivery is inherently a multiscale problem: a broad range of length and time scales govern the hydrodynamic, microscopic, and molecular interactions mediating nanoparticle motion in blood flow and capture due to cell binding. The events following upon the injection of a targeted therapeutic nanoparticle bearing a drug (nanocarrier) include flow through blood vessels and maneuvering around much larger entities in the blood, such as the red blood cells. Nanoparticles eventually break free to approach the wall of the blood vessel — a phenomenon collectively known as margination.

After margination, the nanoparticle is relatively free from the influences of the blood cells but starts to “feel” the approach to the wall. It needs to get excruciatingly close to the wall to stick — a phenomenon known as adhesion or capture. In the backdrop of this arduous journey is the inescapable randomness of its motion caused by Brownian forces, an erratic form of motion that only impacts nanoscale objects. The interplay among fluid forces, Brownian fluctuations, and wall interactions shape the detailed itinerary of the nanoparticle.  How it moves at a given location and given time is intricately coupled with the motion of the surrounding fluid, namely the blood plasma, which is mostly water. Together, they decide to pave the path forward in time described by a “memory function.”

“The optimization of future drug delivery agents, such as targeted therapeutic nanocarriers, could be based on our computations,” Dr. Ramakrishnan says. “This will, in effect, establish a rational computational platform for fast tracking the clinical translation from carrier design to clinical practice.”