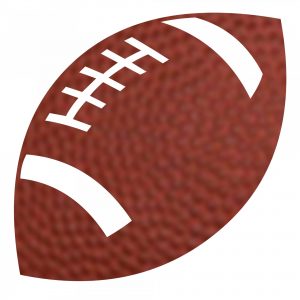 Biomechanics is a subdiscipline within bioengineering with many applications that include studying how tissue forms and grows during development (see our profile of incoming faculty member Alex Hughes to learn more) and determining how the ‘imprint’ of spine-based pain can be treated with anti-inflammatory medication (see story here on work from the lab of Dr. Beth Winkelstein). Understanding and analyzing human performance are other areas of biomechanics application. On September 24, Eagles kicker Jake Elliott set a team record when he kicked a 61 yard field goal at the end of regulation time to beat the Giants. Marking the achievement, the Philadelphia Inquirer featured an interview with Dr. Chase Pfeifer, a biomedical engineer from the University of Nebraska-Lincoln (UNL), to find out what factors contribute to a successful field goal from this distance. Pfeifer has both knowledge and experience with this question; he was a backup kicker for the Florida State Seminoles as an undergraduate. In the Inquirer, Dr. Pfeifer explained to readers the biophysics behind Elliott’s record kick.

Dr. Pfeifer assures readers that there’s more to kicking a 61-yard field goal than strong muscles. He explains, “The timing of muscle activation was actually more important than muscle strength in achieving that higher foot velocity.” Four muscle groups were activated by Elliott to set his record. In addition, Pfeifer’s colleague at UNL, Professor Tim Gay of the physics department, explained to the Inquirer how the climatic conditions favored Elliott’s success. Specifically, since it was a hot day, the air was less dense, allowing for longer kick distances.

Speaking of football, a new article in Annals of Biomedical Engineering offers some hope for NFL players and the league itself in the wake of growing awareness and concern about chronic traumatic encephalopathy (CTE). The increased focus on CTE has resulted in increased research on the condition and its prevention. Real-time measurement of impact energy in head injuries has, until now, relied on measurements of the motion of the head or helmet, rather than measuring the impact energy directly.

In the Annals article, scientists from Brigham Young University, including David T. Fullwood, Ph.D., professor of mechanical engineering, report on the testing of a new sensor used to measure the impact event. The authors implanted nano-composite foam (NCF) sensors into football helmets and then submitted the helmets to two dozen drop tests. The data collected from the foam sensors were compared to two of the most widely used indices to measure head injury risk, achieving excellent correlation (>90%) with injury risk indicators. The authors intend to test newer models of the sensors in the future, as well as in vivo testing.

Despite significant advances in diagnosis and treatment, breast cancer remains the most common cancer in women. More than 300,000 women are newly diagnosed in the United States each year. Maximizing the effectiveness of treatment involves early detection of the tumor and its metastasis. Imaging plays a key role in this process. However, early tumors are very small, making their detection quite difficult.

In response to this challenge, Zheng-Rong Lu, Ph.D., the M. Frank Rudy and Margaret Domiter Rudy Professor of Biomedical Engineering at Case Western Reserve University, has coauthored a paper recently published in Nature Communications showing that a newly developed type of molecule could be used for highly sensitive magnetic resonance imaging (MRI) to detect and stratify early breast tumors.

Dr. Lu and his colleagues engineered molecules called fullerenes, which are hollow, spherical molecules of carbon. The team embedded gadolinium, a rare earth metal that is easily detected with MR imaging, into the fullerene to create metallofullerenes. They tested these metallofullerenes both in vitro and in a mouse model to determine how well they enhanced the ability of MRI to detect tumors. Metallofullerene particles could not only distinguish cancers more effectively on MRI, but they could also distinguish more aggressive tumor types from less aggressive ones. In addition, they found that metallofullerenes rapidly cleared from the body via the kidneys, ensuring that these agents would pose minimal toxicity risk. If this technology proves effective in humans, it could significantly improve the early detection of breast cancer and, in turn, survival rates.

One possible risk for breast cancer patients is the metastasis of the cancer to other body regions.  Scientists at Cornell identified a mineral process underlying breast cancer metastasis to bones, reporting their findings in PNAS. Led by Claudia Fischbach-Teschl, Ph.D., associate professor of biomedical engineering at Cornell, the authors investigated how hydroxylapatite — a naturally occurring mineral — participates in metastasis.

Dr. Fischbach-Teschl and her colleagues used X-ray scattering and Raman spectroscopy to examine the nanostructures of hydroxylapatite in the bones of mice with and without breast cancer. They found that bones were more likely to be metastasized by primary breast tumors if the hydroxylapatite crystals in them were less mature. Before the cancer spreads to the bone, the authors found that the cancer “communicates” with these immature crystals, preparing sites in the bone to which the cancer can spread.

A Review of Glucose Monitoring Technology

Our ability to treat diabetes has consistently improved over the years, but the need for patients with the disease to monitor their blood glucose requires either multiple needle pricks or invasive insulin pumps.  However, several technologies are in development around the world to make blood glucose monitoring less cumbersome. In a new article published in Bioengineering, engineers in the United Arab Emirates offer a review of the latest technologies, including analytic methods that could streamline decisions on doses of insulin to offset high glucose levels.

The University of California, Davis, opened its Molecular Prototyping and BioInnovation Laboratory (MPBIL) in 2014. Since then, the “biomaker lab” has stood as an example of the future of biotechnology education. In collaboration with UCD’s First-Year Seminar Program, the MPBIL has launched a student-designed pilot course that has thus far yielded three seminars. You can read more about UCD’s innovative program at their Web site.

To promote diversity in engineering, the cosmetics company L’Oréal started the L’Oréal USA For Women in Science Program, which awards Changing the Face of STEM mentoring grants. Among this year’s recipients is John Hopkins University’s Sridevi Sarma, Ph.D. Dr. Sarma, who is an associate professor of biomedical engineering, will use her grant in collaboration with the Girls Scouts of Central Maryland to promote physics education for young women. Congratulations to her!