Once hailed as medical miracles, antibiotics are losing their effectiveness due to the rapid increase of bacterial immunity.

Researchers are scrambling to keep up with evolution, and they are currently exploring how machine learning can be applied to microbiology to develop more effective treatments.

In the past, researchers have studied bacteria behavior and used their findings to work against the natural patterns of bacterial life. In the 1980s, computer-assisted screening methods helped researchers in their efforts but few developments surfaced from their work. It seemed that there were no new antibiotics to be found using traditional methods, and pharmaceutical companies stepped away from funding antibiotic development in favor of more profitable drugs used to treat chronic conditions. But a new field of research shows a way forward, thanks to the massive advances in computing that have occurred over the intervening decades.

Among the pioneering researchers in this field is César de La Fuente, Presidential Assistant Professor in Psychiatry, Microbiology and Bioengineering. De La Fuente is accelerating the discovery of new antibiotics with his Drug Repurposing Hub, a library of more than 6,000 compounds that is using machine learning algorithms to seek out possible solutions for human disease. With his compound library, de La Fuente is able to examine drugs already approved by the FDA and hunt for new, more effective applications.

“The hypothesis is that nature has run out of inspiration in terms of providing us with new antibiotics. That’s why we think that machines … could diversify natural molecules to convert them to synthetic versions that would be much more effective.”

Originally posted on the Penn Engineering blog. Read more about de La Fuente’s work and other researchers exploring the computational design of new antibiotics in Quanta Magazine or The Atlantic. 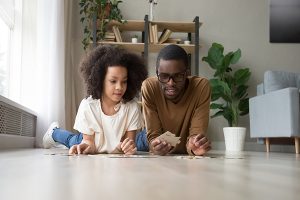 Shreya Parchure is one of four juniors at the University of Pennsylvania who have been selected as Goldwater Scholars by the Barry Goldwater Scholarship & Excellence in Education Foundation, which provides scholarships of as much as $7,500 to undergraduate students interested in pursuing research careers in the natural sciences, mathematics, or engineering. Each year Penn’s Center for Undergraduate Research and Fellowships (CURF) nominates four students for the award and provides advising.

Shreya Parchure, from Fremont, California, is a bioengineering major who has been working with Roy Hamilton, the director of the Laboratory for Cognition and Neural Stimulation in the Perelman School of Medicine, characterizing a form of non-invasive brain stimulation for use in neurorehabilitation after stroke. The work with Hamilton is through a Faculty Mentoring Undergraduate Research grant. She also is creating a cardiac surgical device with support from Penn Health-Tech. She is a Rachleff Scholar, and a recipient of a Vagelos Undergraduate Research Grant. As a United Nations Millennium Fellow, Parchure led a social-impact initiative expanding her work with Penn’s Intercultural Leadership Program. She serves as a CURF Research Peer Advisor and as co-editor-in-chief of the Penn Bioethics Journal. She intends to pursue an M.D./Ph.D. in neuroengineering and conduct medical research.

Originally posted on the Penn Engineering blog. Read about Penn’s other Goldwater Scholars at Penn Today.