Among the myriad medical complications caused by diabetes, pressure sores of the feet are among the most troubling. Because of the common  complication of peripheral neuropathy, people with diabetes are often unable to determine how much pressure is being exerted on their feet. As a result, they cause foot ulcers, which can become infected, leading in the worst cases to amputation.

One of the senior design teams from the Department of Bioengineering at the University of Pennsylvania developed a project to address this problem. Their solution was Flysole (right), a prognostic implant that diabetic patients can wear to collect data on foot pressure so that the doctor can prescribe an optimal orthotic to prevent sores from developing. The team was named one of the three winners of this year’s competition.

The team, which consisted of Parag Bapna, Karthik Ramesh, Jane Shmushkis, and Amey Vrudhula, designed the Flysole as a lightweight insole with ankle band paired with software that generates a profile of the pressure on the sole of the patient’s foot. The insole has five sensors to collect these data. The cost is approximately $75 per pair.

In addition, the team made the Flysole to be reusable by including a polyurethane laminate sleeve for the individual patient. Future improvements envisioned by the students include improving the software to include recommendations for orthotics and alternate arrangements for the sole sensors.

Every year the Penn Bioengineering Department presents several awards to students. In addition to the Senior Design Awards, which will be featured over the course of the month, students were awarded for their service, originality, leadership, and scholarship.

The Hugo Otto Wolf Memorial Prize, endowed more than a century ago by the Philadelphia architect Otto Wolf, in memory of his son, was given to Margaret Nolan and Ingrid Lan. The Herman P. Schwan Award, named for a former faculty member in Bioengineering, was given to Elizabeth Kobe and Lucy Chai.

The Albert Giandomenico Award, presented to four students who “reflect several traits that include teamwork, leadership, creativity, and knowledge applied to discovery-based learning in the laboratory,” was given to Justin Averback, Jake Budlow, Justin Morena, and Young Shin.

Finally, the Biomedical Applied Science Senior Project Award, presented annually to the students who have “best demonstrated originality and creativity in the integration of knowledge,” was awarded to Derek Yee and Andrea Simi.

“These awards recognize many aspects of our students: their high academic achievement,  exceptional collaborative spirit, and leadership abilities,” said BE department chair David Meaney. “However, these traits are not limited to the only these students. Every single one of our undergraduates at Penn pushes themselves well beyond the classroom and into the community to make a unique difference.”

A professor in the Penn Department of Bioengineering, Dongeun (Dan) Huh, PhD, has been awarded the John J. Ryan Medal, which is given annually by the Royal College of Surgeons in Ireland (RCSI).

Every year this honor recognizes a scientist who has made major contributions to developing innovative biomedical technologies with the potential to have a broad impact on the life sciences. Dr. Huh, who is Wilf Family Term Endowed Chair in the BE Department, received the medal at an RCSI Research Retreat on March 9 on the RCSI campus in Dublin, and he delivered the John J. Ryan Distinguished Lecture.

“As an engineer, I am honored to have been selected by a group of biologists and clinicians for this prestigious award that recognizes significant contributions to biomedical research,” Professor Huh said. “It is truly rewarding and encouraging to experience strong support and enthusiasm for our pursuit of innovative biomedical technologies.”

“It is a wonderful honor for Michael to receive this extremely competitive award,” Professor Phillips-Cremins said. We are fortunate that Michael landed in a lab within Bioengineering at Penn, as this award indicates he has a very bright future well beyond Penn.”

Michael said, “I feel honored to receive this award and really appreciate the mentorship of Dr. Phillips-Cremins and her 3D Genome Folding and Neurobiology lab. Conducting research with Dr. Cremins as a high school student and undergraduate and receiving this award have strengthened my resolve to help patients with brain disease as a physician-scientist.”

The Goldwater Scholarship, named for the late U.S. Senator and Republican presidential candidate Barry Goldwater is awarded annually to 240 students who intend to pursue careers in math or science research. The amount of the award is as much as $7,500. 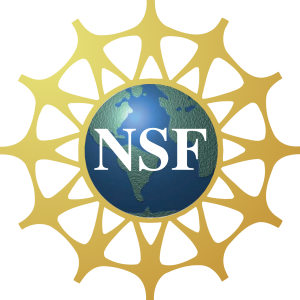 Nine students in the Department of Bioengineering (BE) have received fellowships from the National Science Foundation (NSF) Graduate Research Fellowship Program.

Six of the students — Zakary Beach, Nicolette Driscoll, Lindsey Fernandez, Jessica Hsu, Jinsu Kim and Ryan Leaphart — are current doctoral students in Bioengineering who earned undergraduate degrees from other top BE programs. Three of the awardees — Lucy Chai, Jake Hsu and Karren Yang — are BE graduating seniors in the Class of 2017. Lucy will spend next year on a Churchill fellowship at Cambridge before starting her NSF fellowship, while Jake has an internship with Genentech‘s Manufacturing Sciences and Technology department, and Karren will attend MIT.

“We are extremely fortunate to attract the very best graduate students in the country,” says David F. Meaney, Solomon R. Pollack Professor and Chair of BE. “This is an external recognition of the high quality of our students across the board.”

The Graduate Research Fellowship Program of the National Science Foundation recognizes and supports outstanding graduate students in NSF-supported science, technology, engineering, and mathematics disciplines who are pursuing research-based master’s and doctoral degrees at accredited United States institutions. For the 2017 competition, the NSF received more than 13,000 applications.

Ivan Kuznetsov, a dual-degree MD/PhD program in the Penn Department of Bioengineering, has received a prestigious Paul & Daisy Soros Fellowship for New Americans. A first-generation American born in Ohio, Ivan is the son of parents who immigrated from Russia. He earned a BS in Biomedical Engineering at Johns Hopkins University before enrolling at Penn last year.

Professor Brian Chow, PhD, who directs the lab in which Ivan works, speaks glowingly of him. “Ivan’s research in the design of de novo proteins for molecular imaging represents a fundamentally new approach to inventing tools for elucidating the physiology of targeted cells. It is completely unchartered territory for mammalian biology and bioengineering,”  Dr. Chow says. “What sets Ivan apart as a young scientist is his rare blend of exceptional skills in experimental biology and deep understanding of its mathematical and physical underpinnings. Few possess that blend at his age.”

Every year, the Soros Fellowships are awarded to 30 American students who are either immigrants or the children of immigrants. The field is highly competitive; this year there were almost 1,800 applicants. Ivan and his 29 colleagues will receive up to $90,000 for funding of their graduate educations.